THE FIGHT OF SARS-COV-2 VARIANTS VERSUS VACCINES WHERE DO WE STAND?

ABSTRACT • The world has been trying to cope with the emergence of several SARS-CoV-2 variants of concern associated with increased transmissibility and at times inflicting variable levels of morbidity and mortality, and thus, heavily affecting the healthcare system and global economies. Consequently, expediting the roll-out of vaccinations to achieve herd immunity is critical to control emergence of variants and their ability to escape the vaccine generated immunity. This review aims at addressing and enlightening the current SARS-variants, as well as the protective spectrum of available vaccines against them. Based on the currently available evidence and despite existing and foreseeable emerging SARS-CoV-2 variants enlisting the Greek alphabet, the potency of immune responses among fully vaccinated individuals remains significant at controlling the rampant spread of COVID-19 and its serious health consequences.

Note: While being in press, a new Cov variant (Omicron) emerged and is noted as an addendum at the end of the text. 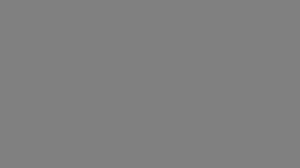 Do bacteria have a role in the genesis of otitis med...

LMJ substitutes to the principles of the Committee on Publication Ethics (COPE)
Articles are licensed under the Creative Commons Attribution 4.0 International License.
LMJ is hosted by and it is the official publication of the Scientific Committee of the Lebanese Order of Physicians.
Cookies and privacy policy
“we do not share, give, sell, or transfer any personal information to a third party unless required by law”.
ISSN - 0023-8952
E-ISSN - EISSN
Data Last reviewed February .15 . 2011